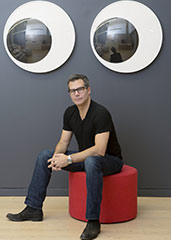 Richard Florida is one of the world’s leading urbanists.

He is a researcher and professor, serving as University Professor and Director of Cities at the Martin Prosperity Institute at the University of Toronto, a Distinguished Fellow at New York University’s Schack Institute of Real Estate, and a Visiting Fellow at Florida International University.  He is a writer and journalist, having penned several global best sellers, including the award winning The Rise of the Creative Class and his most recent book, The New Urban Crisis published in April 2017. He serves as senior editor for The Atlantic, where he co-founded and serves as Editor-at-Large for CityLab.

He is an entrepreneur, as founder of the Creative Class Group which works closely with companies and governments worldwide. A 2013 MIT study named him the world’s most influential thought leader. And TIME magazine recognized his Twitter feed as one of the 140 most influential in the world. He previously taught at Carnegie Mellon, Ohio State University, and George Mason University, and has been a visiting professor at Harvard and MIT and Visiting Fellow at the Brookings Institution. He earned his Bachelor’s degree from Rutgers College and his Ph.D. from Columbia University. 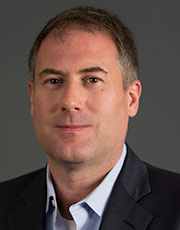 Robert Bole is the General Manager, CityLab and Director of Global Strategy at The Atlantic focused on assisting their growth in international markets. He has played similar roles at The New York Times and The Broadcasting Board of Governors, a federal agency that oversees five regional media networks. He started his career in community development and affordable housing working for city administrations in Philadelphia and Portland, Oregon. He has worked at The Enterprise Foundation, and senior staff roles One Economy Corporation, a nonprofit focused on serving low-income communities through digital media and the Corporation for Public Broadcasting. He has a Masters in City Planning from the University of Pennsylvania and an undergraduate degree from The George Washington University. 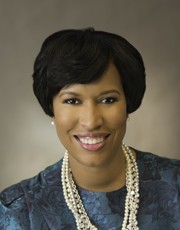 Muriel Bowser serves as Washington, DC’s seventh elected Mayor.  Sworn in on January 2, 2015, she pledged to bring a fresh start to the District of Columbia, create pathways to the middle class for residents, and foster a culture of inclusion, transparency and action. Mayor Bowser expanded opportunity across all 8 Wards of DC by strengthening job training programs, and by attracting and retaining jobs in the District.  As of the first quarter of 2016, there are burgeoning projects across the city that will eventually deliver 32,000 new jobs.  Committed to producing, protecting and preserving affordable housing, Mayor Bowser devoted an historic $100 million in her first budget to the Housing Production Trust Fund, putting an unprecedented number of affordable housing units into the pipeline.  She also made historic investments in education to accelerate the pace of education reform. She is creating a more transparent and open government through a cutting edge open data policy.  And she launched an inclusive technology program to support startups and entrepreneurs offering products and services to underserved communities.

Prior to her time as Mayor, Bowser served as the Ward 4 councilmember of the DC Council – first elected in a special election in 2007, and re-elected in 2008 and 2012. As a Councilmember, Bowser served as the Chairwoman of the Committee on Economic Development which created more than 5,000 units of affordable housing, passed legislation to build a new soccer stadium and secured from the federal government the best portion of the Walter Reed campus for DC. Bowser led her colleagues to pass comprehensive ethics reform and increased transparency in government contracting. Bowser also served as an Advisory Neighborhood Commissioner in the Riggs Park neighborhood. A native Washingtonian, Bowser earned a Bachelor of Arts degree in History from Chatham University and a Master’s degree in Public Policy from American University. 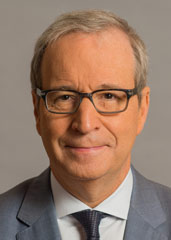 Ronald Brownstein, a two-time finalist for the Pulitzer Prize for his coverage of presidential campaigns, is Atlantic Media’s Editorial Director for Strategic Partnerships, in charge of long-term editorial strategy. He also writes a weekly column and regularly contributes other pieces for the National Journal, contributes to Quartz, and The Atlantic, and coordinates political coverage and activities across publications produced by Atlantic Media. Prior to joining Atlantic Media, Brownstein was the National Affairs Columnist for the Los Angeles Times. He has also served as the Times‘ National Political Correspondent and the author of the weekly Washington Outlook column. Brownstein is a National Journal alumnus, having served as the magazine’s White House and National Politics Correspondent from 1983-1986, and then as its West Coast Correspondent through 1989. In addition, he currently serves as a senior political analyst for CNN and also served as an electoral analyst for ABC News during the 2012 election.  He is the author of six books and the recipient of several journalism awards, including the American Political Science Association’s Carey McWilliams award for lifetime achievement, granted to honor a major journalistic contribution to our understanding of politics. Photo By: Stephen Voss 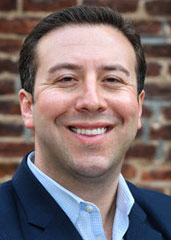 Steve Glickman is Co-Founder and Executive Director of the Economic Innovation Group (EIG). As Executive Director, Steve is responsible for the successful leadership, management, and strategic direction of EIG. He has served in various policy, political, and legal roles for over 15 years. He is an Adjunct Assistant Professor at Georgetown University, where he teaches on economic diplomacy and international trade in the School of Foreign Service. He also serves on Georgetown’s Board of Governors and on the Board of Directors of The NewDEAL. Steve previously served in the Obama Administration, most recently as a senior economic advisor at the National Security Council, where he managed trade and investment issues, and on the National Economic Council, where he was responsible for manufacturing and small business programs. Earlier, Steve served as Deputy Associate Counsel at the White House, and Chief of Staff for the U.S. & Foreign Commercial Service at the Department of Commerce. 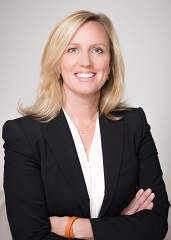 Jodie W. McLean is Chief Executive Officer of EDENS, one of the nation’s leading private owners, operators and developers of retail real estate. With a more than 20-year tenure at EDENS, she has established herself as a key player in the company’s growth and expansion to its current marketplace leadership, capitalized by blue chip investors and assets valued at $6 billion. McLean is responsible for EDENS’ strategy to move its portfolio to major urban centers, creating assets that are the center of community life. McLean passionately believes that retail should evolve beyond a shopping experience, and advocates for connectivity to the communities surrounding the company’s retail centers. She is a trustee of the International Council of Shopping Centers and the Urban Land Institute. McLean serves on the boards of the Pension Real Estate Association, Real Estate Roundtable, and several other institutions. She is a member of the Liberty Fellowship (Aspen Institute) Class of 2009. 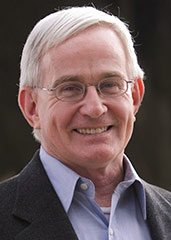 The ULI Canizaro/Klingbeil Families Chair for Urban Development, Tom Murphy has been a senior resident fellow at the Urban Land Institute since 2006. A former mayor of Pittsburgh, his extensive experience in urban revitalization—what drives investment, what ensures long-lasting commitment—has been a key addition to the senior resident fellows’ areas of expertise. Murphy also serves on the Advisory Board of ULI’s Rose Center for Public Leadership in Land Use. In 2011 he wrote Building on Innovation, a ULI report discussing the economic impact universities and hospitals have on local economies and providing detailed strategies to shape a successful 21st-century city based on a private/public/university partnership. Before joining ULI, Murphy served three terms as mayor of Pittsburgh, from January 1994 through December 2005. During that time, he initiated a public/private partnership strategy that leveraged more than $4.5 billion in economic development in the city. Murphy led efforts to secure and oversee $1 billion in funding for the development of two professional sports facilities, and a new convention center that is the largest certified green building in the United States. He developed strategic partnerships to transform more than 1,000 acres of blighted, abandoned industrial properties into new commercial, residential, retail, and public uses, and he oversaw the development of more than 25 miles of new riverfront trails and parks. Murphy served eight terms in the Pennsylvania House of Representatives. He wrote legislation to create the Ben Franklin Technology Partnership, now over 25 years old, which is dedicated to advancing Pennsylvania’s focus on early-stage startup businesses and the commercialization of cutting-edge technologies. He is a 1993 graduate of the New Mayors Program offered by Harvard University’s Kennedy School. He holds a Master of Science degree in urban studies from Hunter College and a Bachelor of Science degree in biology and chemistry from John Carroll University.

This webiste requires JavaScript enabled for layout and design purposes.
Please enable scripting in your browser to continue. Thank you.